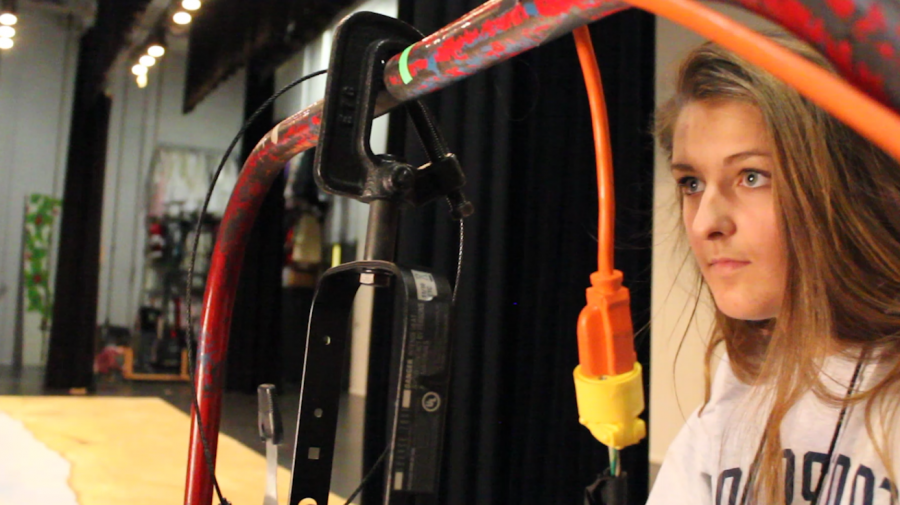 Theatre participated in the annual Thespian Festival hosted by Greene County Tech on Feb. 8-9. The festival provided different competitions for students based on technical and performance aspects for schools around the state. Students also had the opportunity to audition for colleges and receive scholarships.

In preparation for the event students who competed in the technical competitions separated into a varsity team led by senior Kylee Hancock and junior varsity team led by junior Sadie Hanesworth. The teams held three practices a week leading up to competition to help train members in becoming faster in their event.

“I am so glad that all of my hard work finally paid off. It is a true honor to get to not only represent Southside’s theatre but all of Arkansas thespians. I am very excited to hopefully inspire students to join theatre and grow Arkansas thespians,” Howard said.

Six students were awarded nearly $75,000 in scholarships to various schools including the Savannah College of Art and Design, Henderson State University, Southern Arkansas University, and the KD Conservatory College of Film and Dramatic Arts.

“No matter how we do just as long as we’re proud of ourselves then that’s all that matters,” senior Kylee Hancock said.

As competition wraps up Tech team will begin to design for their upcoming play Twelve Angry Jurors.