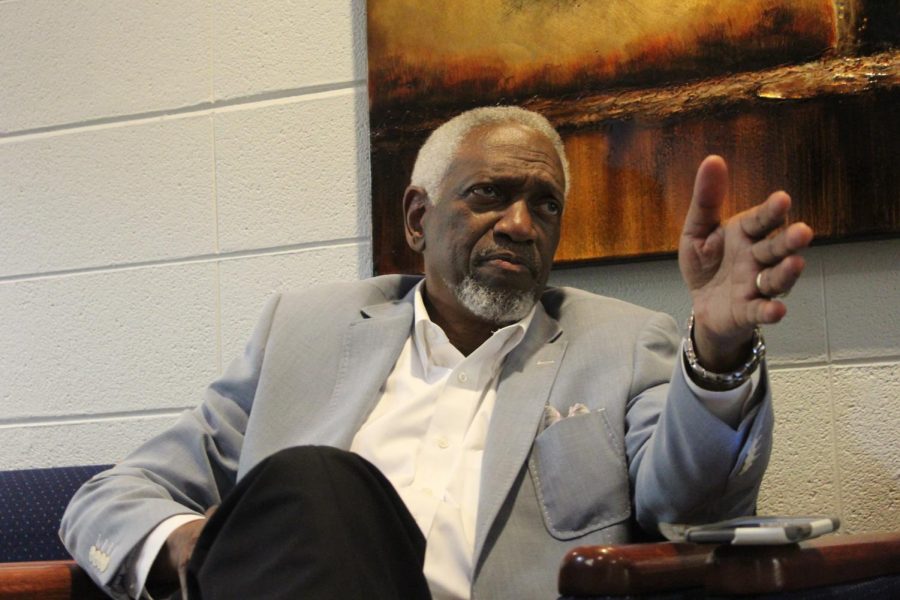 Last Friday, state representative George McGill interacted with student leadership. McGill came to campus as part of Bring Your State Legislator to School Month. Sophomore Anna-Claire Tilley set up the event after she discovered the program during a Girl Scout conference this past summer.
“I thought having Representative McGill visit Southside would be perfect since he is our mayor elect. I hope students will take this opportunity to create a relationship with McGill since he is our mayor and students will have the opportunity to work with him in the future,”Tilley said.
Throughout the day McGill visited with band, drone class, students and faculty.
“It is very exciting to see [after talking with students] that they are very engaged and have an idea of what they want to do with their futures and most of them seem like they know what it’s going to take to get there,” McGill said.
Executive Council met with Representative McGill in a Q and A. McGill expressed to the students the importance of maintaining academic integrity as well as encouraging council members to return to the community and establish professional careers.
McGill expressed that students can make an impact within their community and remain active in local happenings.
“Don’t sit by if you have an interest or concern about things that will make life better for the citizens of the state,” McGill said.
With recent additions to the city such as the Phoenix Ave. business expansion and the millage passing for Fort Smith Schools, McGill hopes students keep a positive outlook.
After his mayoral election last month, McGill takes office in January as the first African-American to hold the position.
“When you look at it the demographic for Fort Smith African Americans make up 8% of the population. And for Fort Smith, the second largest city of Arkansas, would choice an African American to be the face of this city tells me that we are a little different than most,” McGill said.