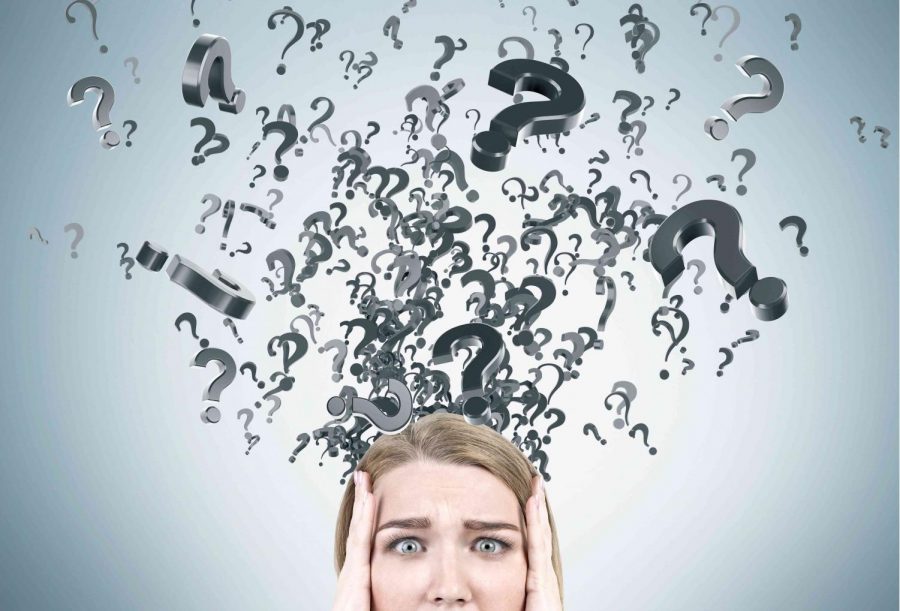 Monday, Jan. 4, the second semester kicked off, leaving many with questions and concerns. Students entered the building with an atmosphere of unease due to COVID skyrocketing over the break with cases averaging at 2,608 per day and projections showing it will only get worse until its projected peak in April.

Students remain confused concerning their schedules and situation. This confusion, caused by lack of information on what students should do, created an atmosphere of unease on the first day back. Responding to the unease, the counseling office released a S’more, an online newsletter.

S’more instructed students and parents to contact their counselors via email if they would like to change their status from fully in-person to blended or vice versa. The letter also contained instructions on another area of confusion, schedules. Urging students continually check their course lists on their Schoology accounts, the counselor’s office said to expect changes in them over the course of the next two weeks. Students and parents with further questions were instructed to call the number 479-646-7371.

Although the administration attempted to answer all questions from students and faculty, it left many unanswered, especially concerning the FLEX period. During first semester, second, fourth, and sixth periods were followed by FLEX, during which students were allowed to leave campus. This semester, the schedule shifted FLEX to fourth period’s prior spot and moved fourth period to last period due to the safety concerns brought forth by students leaving campus at their leisure. Students would often leave campus or come to campus for flex and not fill out their RTI scheduler. This would leave the administration in the dark about their whereabouts.

Another issue was with students who utilized FLEX to work. Many of whom rely on their jobs to help subsidize their family income since so many wages declined during the pandemic. When the schedule changed, those students lost the opportunity to provide for their families.

Stopping students from leaving campus early and creating hesitation among virtual students to come to club meetings, the move left many uncertain of what exactly to do. Uncertainty intensified on Tuesday, Jan. 5 when Southside announced students who did not have anywhere to go during FLEX should go to their fourth periods. But certain faculty members, like coaches, remain occupied with their sports during FLEX, leaving their fourth period students scattered throughout the school. Also, the activity center housed numerous sports teams overcrowding the area.

All of this uncertainty begs the consideration of why Southside doesn’t simply revert to its original bell schedule and permit students leave during FLEX. The administration could consider releasing a form for students who planned to not be present for FLEX for parents to fill out indicating they would not be present unless otherwise stated. This allows virtual students to attend in person because the school would contain fewer people during FLEX creating a safer environment in the COVID-19 crisis.