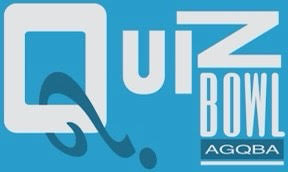 After hosting a junior high tournament, Quiz Bowl plans to compete in its first official game this Wednesday against Alma. While preparing for the season, the team made many adjustments to accommodate COVID guidelines. Switching the format from in person to fully online games those in game scoring and technique.

“The big difference is that speed is not the major play that it was in years past to beat a team. Now it has really shifted over to content and knowledge instead of fast recognition so players art really having to learn to slow down and listen to the question.” Quiz Bowl coach Josh Adams said.

Cheating appears the primary concern according to coach Josh Adams. Quiz Bowl games typically restrict the use of calculators. However, with games taking place in individual classrooms, prohibited devices are easily accessible. The Arkansas Governor’s Quiz Bowl Association intends to enact  a protocol for it.

The team caught a glimpse of how this year’s games will look this past Saturday at the annual Maverick Invitational. Southside held the Maverick Invitational, traditionally a player-run tournament for Junior High Quiz Bowl teams, in UAFS in years past. This year, the team devised a way for the junior highs to compete from the comfort of their homes.

“Seeing those kids play and seeing our kids ‘work’ the tournament scoring answers did have a feel of normalcy. The kids got to play quiz bowl for a few hours and not think about the pandemic and that alone was a success.” Coach Walter Woodie said.

Despite the challenges they face, the academic team aims for a good season. Attending at least two practices a week and participating in multiple scrimmages against schools like Alma High School before the season starts, players are doing their best to bring home the 2020-2021 Quiz Bowl state championship this Spring.

“I’m still optimistic that we’ll figure out a way to enjoy ourselves playing it. With everything going on, I’m just grateful we get to play and I can’t wait until tournaments start. We’re looking ahead in hopes of taking state this  year and I’m looking forward to it,” captain Jack Minnick said.