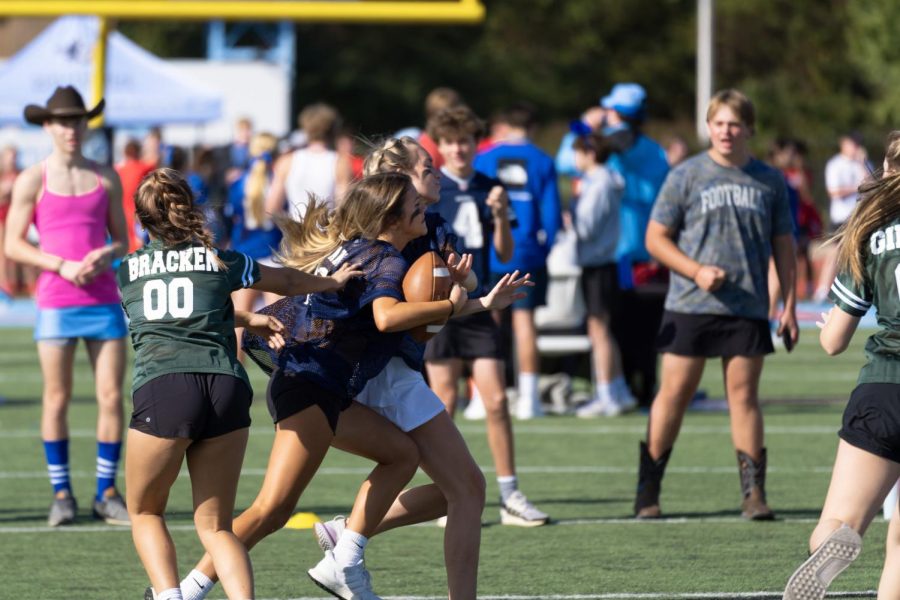 “We practiced three times a week, but a lot of people couldn’t come, so I made a document, and shared everything with them explaining how things would work and all the rules. They ran over it the night before so they knew what they were doing. They came out there that morning and they really wanted to win,” Steelers coach Jabe Lovett said.

“We went out there and just had fun. That’s all that matters, and that’s why our team did so well,” Holycross said.

Leading up to the games, the teams held a series of practices. Boushra Raache, senior member of the Saints, described the practices as “a really fun time.” They learned two plays that were used throughout the game.

“In spite of the fact that we didn’t win, we still had a good time,” Raache said.

After a series of games, the Steelers led by Lovett and Panthers coached by Luke Wyatt made it to the finals. Ultimately, the Steelers took home the overall win.

“It (winning) was awesome. It’s awesome to beat all the other football players and their teams. It was just fun,” Lovett said.

There were six teams: the Saints, Cowboys, Packers in green, Steelers, the Chiefs, and Panthers. The proceeds totaled 500 dollars and went towards Student Council to fund more fun student activities. Holycross mentioned that Student Council hopes to have a similar event in the spring.