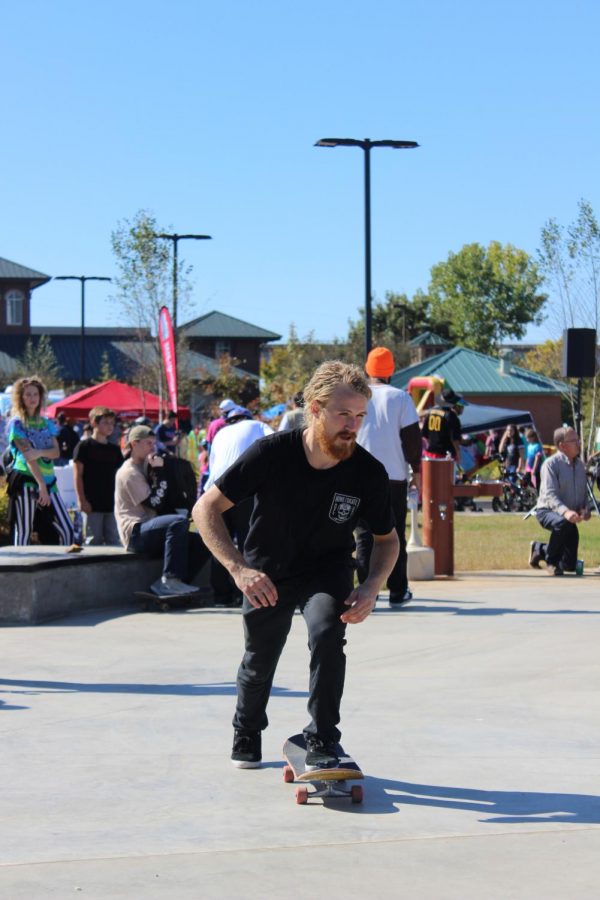 World-class amenities enjoyable for everyone arrive downtown with the creation of the Fort Smith Riverfront Skate and Bike Park. The park features a bicycle playground, mountain bike courses, and a pump track.

The park holds an international status as the only park with beginner, immediate, and advanced biking and skating according to other news sources.

“We need more fun things to do. Instead of kids going around and getting in trouble, they have outlets where they can go and pick up a new hobby, hang out with friends, and make new relationships,” junior Jay Van Hook said.

Free to use and open daily from 6 a.m. to 10 p.m., this new downtown addition stands along Riverfront Drive.

“Skating is so cool and there’s so much artistic freedom in it. For people like me who don’t have much going for us at home, it’s kind of an escape,” junior Natasha Jones-Benjamin said.

“The park will get kids outdoors and make downtown riverfront a destination for bike riders and skateboarders, which will help improve our downtown,” Sicard said.