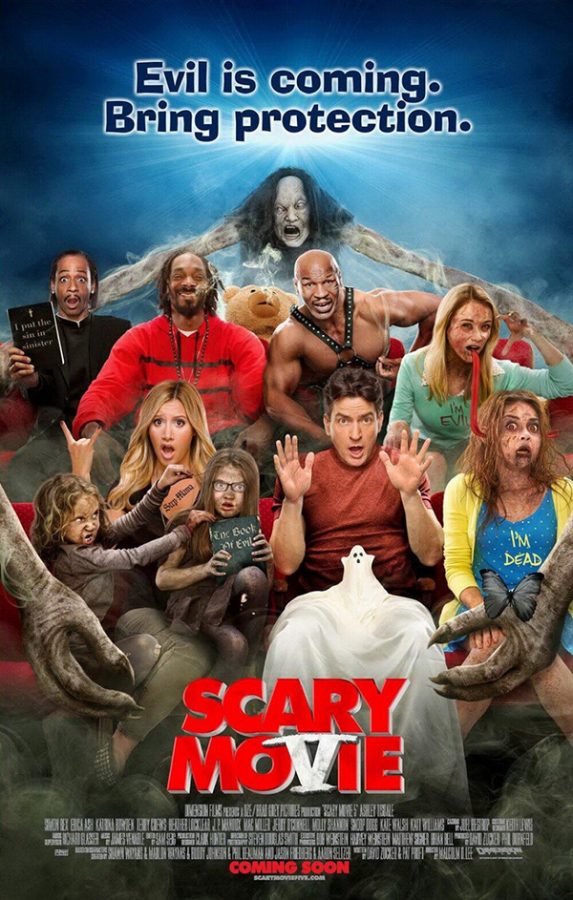 If being scared isn’t enough, then maybe, comedy is the secret to making a great scary movie. The first movie in a series consisting of five, Scary Movie became nostalgic with many fans. Especially that of the parody loving variety.

Premiering in theatres on July,7, 2000, Scary Movie came out a little over 20 years ago. Scary Movie turned into a series of five movies. The series released over a course of 13 years; from 2000 to 2013. While fans of the films eagerly wait for a sixth chapter to be released, which is planned for 2022.

Don’t however let this discourage you from the first movies enjoyment, Scary Movie 1 never planned to have a sequel so much of the future installments aren’t too closely related. In fact the original movie poster read,” No shame. No mercy. No sequel.”

This film happens to be rather raunchy. Most of the humor in it relies on an abundance of explicit jokes. Many of the parodies in this movie are directed at the famous horror series Scream. As of now there are four installments in this series; with a fifth one on the way in 2022. At the time Scary Movie came out Scream was a trilogy with the latest movie coming out a little over 5 months earlier. That doesn’t mean other films and franchises were left out of being made fun of however. The Matrix, The Sixth Sense, and The shining are among the films parodized in this movie.

Scary Movie was carried by the cast. While yes the writing itself falls under the category of funny, the cast really brings it to the next level. Scary Movie also helped pro

pel a lot of the cast careers. The brothers Shawn Wayans and Marlon Wayans, actor brothers who are only separated by a year and a half in age, had arguably their first big screen moment.

Scary Movie brought something never seen in a mainstream movie before in comedy and parody. It’s also semi-scary. The perfect sit down and watch with pals movie. There’s nothing better than a film that brings people together, and Scary Movie does just that. Laughs and screams, the perfect combination for a nice Halloween night with friends and…not family.